Boris Johnson’s plan to “level up” disadvantaged areas of the UK risks becoming an “everything and nothing policy” lacking definition, coordination and planning, according to an all-party group of MPs. They want the government to come forward with coherent proposals “rather than merely a slogan”, and more detail about what communities should expect and how success will be measured. The committee said it was not even clear whether the agenda extended to Scotland, Wales and Northern Ireland or just covered the regions of England.

“The current available documents show a wide-ranging and disjointed programme of random policies from an obesity strategy, an increase in police officers, to funding on A-roads and the creation of freeports,” the committee said. Speaking in Coventry earlier this month, Johnson set out a vision for locally accountable mayors across England who would be “the yeast that lifts the whole mattress of dough, the magic sauce, the ketchup of catchup”. His speech was criticised as providing “nothing new” by thinktanks. The business minister, Kwasi Kwarteng, has signalled that a white paper is due in the autumn.

‘Pingdemic’ staff shortages bite – Supermarkets are having trouble keeping shelves stocked, the retail industry has warned, as the “pingdemic” forces thousands of workers to self-isolate. The government is being urged to include supermarket staff, lorry drivers and other frontline workers on a list of those exempted from self-isolation rules if they get tested daily. It has yet to publish a list of which sectors can take part in the scheme, and it seems there will be no automatic exemptions; instead, exemptions will be considered on a case-by-case basis. Police are also being affected: in Dorset, a third of control room staff were reportedly off work after being pinged or testing positive. The British Meat Processors Association said some plants had already been hit by staff shortages of up to 16% even without the impact of the pingdemic. More Covid developments at our live blog.

Henan flood crisis – China’s military has blasted a dam to release water as the death toll in widespread flooding rose to at least 25 and was expected to climb further. The operation was carried out near the city of Luoyang as severe flooding overwhelmed Zhengzhou, the capital of Henan province, trapping residents in the subway system and stranding them at schools, apartments and offices.

The disaster has prompted public scrutiny over the preparedness of authorities, in particular the apparently inaccurate weather forecasts, and the decision to keep the subway operating throughout the deluge. A year’s worth of rain – 640mm (25in) – fell on the region in three days. Zhengzhou is home to 12 million people and initial estimates say 1.2 million have been directly affected.

Weinstein back in court – Harvey Weinstein has pleaded not guilty in a Los Angeles courtroom to four counts of rape and seven of other sexual assault. The 69-year-old convicted rapist appeared in court in a wheelchair and wearing jail clothes. Weinstein was extradited to California from New York, where he was serving a 23-year prison term. Weinstein’s indictment involves five women in incidents spanning from 2004 to 2013. Most are said to have taken place in the hotels in Beverly Hills and Los Angeles that the New York-based Weinstein would make his headquarters for Hollywood business.

Goal of mental health help within hour – People arriving at A&E suffering a mental health crisis will receive urgent help within an hour under a new plan to bring in treatment targets for those with psychological and psychiatric problems. NHS England wants to introduce five new waiting time standards specifying how long those in need should have to wait for care, in a drive to reduce what are often long delays. People set to benefit from a one-hour response include those suffering an exacerbation of schizophrenia, psychosis, extreme anxiety or depression, or having suicidal thoughts, which has led to a breakdown in their mental state. In the UK, Samaritans can be contacted on 116 123 or email jo@samaritans.org. You can contact the mental health charity Mind by calling 0300 123 3393 or visiting mind.org.uk

Tycoon gets his London ‘palace’ – A Chinese billionaire has been granted permission to construct an eight-storey 5,760 square metre private palace overlooking Hyde Park in central London. Westminster city council granted Cheung Chung-kiu, a Hong Kong-based property tycoon, permission to partly demolish and reconstruct 2-8A Rutland Gate in Knightsbridge. The council said it was unable to stop the project as the site had been previously a single dwelling and planning rules allowed it to be replaced.

The council also confirmed that Cheung would not be obliged to contribute to construction of any affordable homes in the borough. Plans voted through unanimously at a Westminster planning committee meeting show the property will have a triple-height ballroom and a two-level basement for Cheung’s collection of luxury cars. The permission comes soon after the council imposed a ban on new “Monopoly board-style” residences so as to free up space for more affordable homes.

Today in Focus podcast: Runaway princesses and the UK connection

Pegasus project part 4: In today’s episode, two princesses from the United Arab Emirates show up in our leaked records – and we look at whether powerful spyware is being used against UK citizens.

In the face of scorn and contempt from former IRA members, a small number of dissident groups remain committed to armed action. What do they think they can achieve?

Our Tokyo 2020 newsletter brings you the best of the Olympic and Paralympic buildup and competition. Get ahead of the field by signing up here!

The gold medal-winning rower Mohamed Sbihi will make history on Friday after being announced as the first Muslim to carry the British flag at an Olympic opening ceremony. He will be joined by another gold medallist, the sailor Hannah Mills, a campaigner for clean oceans and the eradication of single use plastic in sport.

This morning, preparations for the opening ceremony have been thrown into further turmoil after the show’s director, Kentaro Kobayashi, a popular entertainer, was sacked over a joke about the Holocaust he made in the late 1990s. The International Olympic Committee and Tokyo 2020 organisers have banned their social media teams from posting pictures of athletes taking the knee at these Olympic Games, the Guardian can reveal. Team GB shooter Amber Hill, the favourite for the skeet competition on Sunday, has admitted she is devastated after being forced to pull out of the Olympics following a testing positive for Covid. Keely Hodgkinson, Team GB’s teenage 800m star on her Tokyo hopes, on how she became deaf in one ear, tattoos and why she wants a Ford Mustang.

Campaign groups have welcomed the publication of a damning new parliamentary report into the management of brain injuries in sport. The report, based on a four-month inquiry by the Department for Digital, Media, Culture and Sport, calls for “urgent action by the government to address a long-term failure to reduce the risk of brain injuries in sport”. Warren Gatland has insisted the British & Irish Lions will not be intimidated by any bully-boy tactics from South Africa in Saturday’s first Test, all the while provoking a Springbok backlash by claiming their egos have already been dented.

Elon Musk has helped boost the price of bitcoin by 8% after telling a conference in the US that his electric car company, Tesla, will resume accepting payments in bitcoin. In May, Musk suspended bitcoin payments over concern about the amount of fossil fuel-generated power used to mine the cryptocurrency. But he said he was satisfied the process used more than 50% renewable energy. The FTSE100 will rise around 0.1% this morning according to futures trade, while the forex markets have opened with the pound on $1.371 and €1.162.

The Guardian leads with “Threat of nurses’ strike over 3% pay offer for NHS staff” and the front page also carries “Dismay at attempt to axe Brexit protocol”. The latter story also gets prominent coverage elsewhere, from differing angles. “Think again EU! You must ‘change course’ over deal” says the Express. The Mirror stands with NHS workers: “Is that all they are worth?” it asks, regarding the 3% offer.

Bread and butter news elsewhere. “Fears over shortages as stores hit by “pingdemic” says the Times. The Metro calls it “Shelf isolation” and the Sun says “Pings are running out” . “Pingdemic disrupts supermarket food supplies” says the Telegraph as prosaically as you can while also using the word “pingdemic”.

“Shocking toll of pingdemic is laid bare” goes the Mail while the i is more broad with “Shutdown replaces lockdown”, pointing out “retail, transport, tourism, manufacturing, NHS and police” are among areas affected by people having to self-isolate. The Financial Times has “Bridgepoint takes off amid buyout bid” – what’s that all about you ask, find out here.

The Guardian Morning Briefing is delivered to thousands of inboxes bright and early every weekday. If you are not already receiving it by email, you can sign up here.

If you have any questions or comments about any of our newsletters please email newsletters@theguardian.com 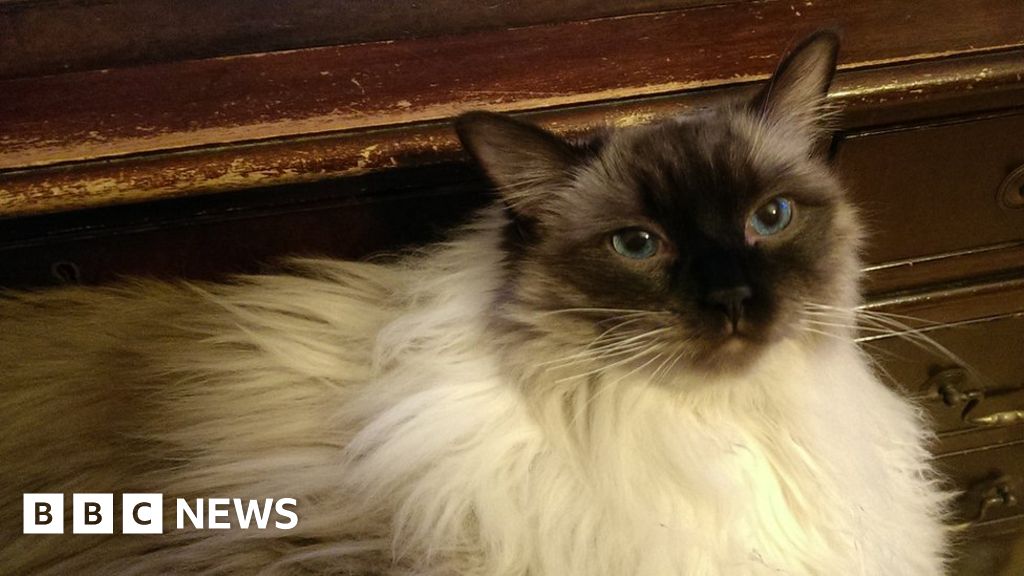 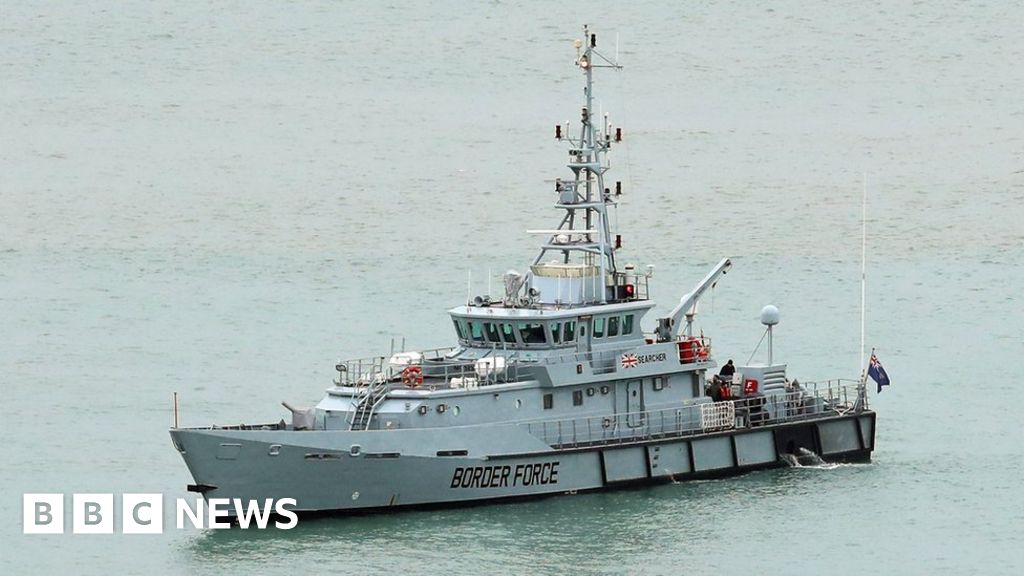 Labour shouldn’t lurch to the right – it must get out the vo...