We use your sign-up to provide content in ways you've consented to and to improve our understanding of you. This may include adverts from us and 3rd parties based on our understanding. You can unsubscribe at any time.More info

The Scottish FA didn't even attend the meetings.

The Welsh FA went to a couple, then withdrew.

And the Irish FA, looking after Northern Ireland's interests, said that they wanted nothing to do with it.

But amid support from FIFA and the gathering collective will of plenty of people who weren't afraid to air their opinions, Great Britain decided to enter a football team in the men's competition at the London 2012 Olympics, the first time they had done so for 52 years.

It was happening, and there was nothing that any dissenting voices could do about it.

And so having decided it was happening, it was now time to decide who was going to play in it.

And David Beckham was desperate to play.

Many felt that he deserved to.

As one of the most recognisable faces in world sport, Beckham had played a key ambassadorial role as London won the bid to host the Games, shaking the right hands and talking to the right people as a team chaired by Lord Sebastian Coe and supported by Boris Johnson beat Paris to secure victory amid a wave of popular support.

"I was saying last night I used to canoe on the Lea River. The whole area is going to be transformed," he said in the aftermath of the bid victory in 2005.

After he'd done his civic duty Beckham went back to the day job, playing for Real Madrid for two more seasons before the move to LA Galaxy at the age of 32. It was probably a bit too soon.

Indeed, his two brief loan spells with AC Milan in early 2009 and early 2010 implied just that, and with Beckham longing for a spot back on the European stage he clearly had an eye on the Games.

Then by the time 2012 rolled around he made sure that it was stipulated in his new Galaxy contract that he could play in the Games if selected.

But he wasn't just thinking about playing, he wanted to be the captain.

With Olympic football teams made up of a squad of 18 players, of which just three could be over the age of 23, it was decided that England under 21 coach Stuart Pearce would be the best figure to lead this new, hastily assembled side.

Indeed, by late 2011 the whole 'Football Team GB' idea had largely become an English one, such was the concern among the other home nations about their potential loss of identity.

While the idea of a women's team competing in Games - just as they are in Tokyo - was seen to make sense due to an opportunity to raise the profile of the sport across the country, for the men it seemed that fear and loathing was much more important.

The English FA were leading the team now, and after appointing Pearce they set about trying to form a squad.

With England's squad for the upcoming Euro 2012 tournament considered off-limits, Pearce is said to have initially sounded out 191 players to ask if they wanted to play, to which seven said no.

Beckham was of course among those who said yes, joining Ryan Giggs and Rio Ferdinand, who had seen his England place taken away by the row surrounding John Terry and his brother Anton.

Further cuts took the shortlist down to 80 and then 35, and Beckham was still there.

"I have led my country before and know how special it would be to lead them into the Olympics."

"It has not been an easy task to finalise my squad for this tournament, and the stature of the competition and uniqueness of the occasion has underlined the importance of every choice I have made," said Pearce in July 2012.

It was a squad containing 13 English players and five Welsh, two of whom - Giggs and Craig Bellamy - were among the three allowed overage players, with Micah Richards the other.

There was no Beckham.

"Naturally I am very disappointed, but there will be no bigger supporter of the team than me," was the predictably statesman-like response.

"I would have been honoured to have been part of this unique Team GB squad. Like everyone, I will be hoping they can win the gold."

Beckham's sense of disappointment was felt elsewhere too, as many felt the Games represented the perfect chance for him to bow out following an illustrious career at the top level, but Pearce had refused to bow to pressure.

Asked directly if he had been encouraged to pick Beckham by talkSPORT last year, Pearce said: “Oh, like you would never know.

“I think discussions were had, baring in mind adidas sponsored the Games, the kit and they were also David’s sponsor.

“I think conversations were also had between David’s agent and the FA about him having the captaincy – all these things were going on behind my back.

“And I even believe that once the decision was made by myself that he wasn’t going to be in the squad, it was even mentioned at Downing Street over whether it was the right decision or not, and whether they should replace me as manager – which I quite understand!

Pearce wasn't a popular man, so the team needed to deliver for him.

To save you from heading to the Wikipedia page, the squad in full was:

An eclectic bunch then, but not exactly a poor one.

Backed by the support of the home crowd as they played matches at Old Trafford, Wembley and Cardiff's Millennium Stadium they were expected to go far in the competition.

A behind-closed-doors preparation match against Mexico ended in a 1-0 defeat though, and then when Brazil beat them 2-0 at the Riverside Stadium in the final pre-tournament friendly - helped by a penalty from Neymar - there was suddenly the concern that this side might not actually be that good at all.

When the real thing started they opened up with a disappointing 1-1 draw against Senegal at Old Trafford, where Bellamy's early goal was cancelled out by Moussa Konate for a Senegal side featuring a lively 20-year-old called Sadio Mane.

The UAE put up a stern fight for well over an hour at Wembley until, with the scores locked at 1-1, Sinclair and Sturridge both scored late goals to see GB bounce into the next match against Luis Suarez's Uruguay in Cardiff. Sturridge - who would be Suarez's strike partner at Liverpool six months later - scored the only goal.

South Korea in the quarter-finals next then, and just as the nation began to warm to the idea of this team going all the way - "We have only ever planned to win the tournament," said Pearce - they didn't.

Ji Dong-won, then of Sunderland, had given the Koreans the lead in Cardiff, but after an Aaron Ramsey penalty levelled the scores, he later missed another one as the match went all the way to a shootout.

"The experience has been fantastic," said Pearce after the loss.

"All the individuals who contributed go back to their clubs and countries better for it.

“I'm very proud of my players and what we have achieved in the four-week period we have been together."

It may have only lasted four weeks, but had been seven years in the making.

But now it is gone, and largely forgotten.

Although definitely not by Beckham. 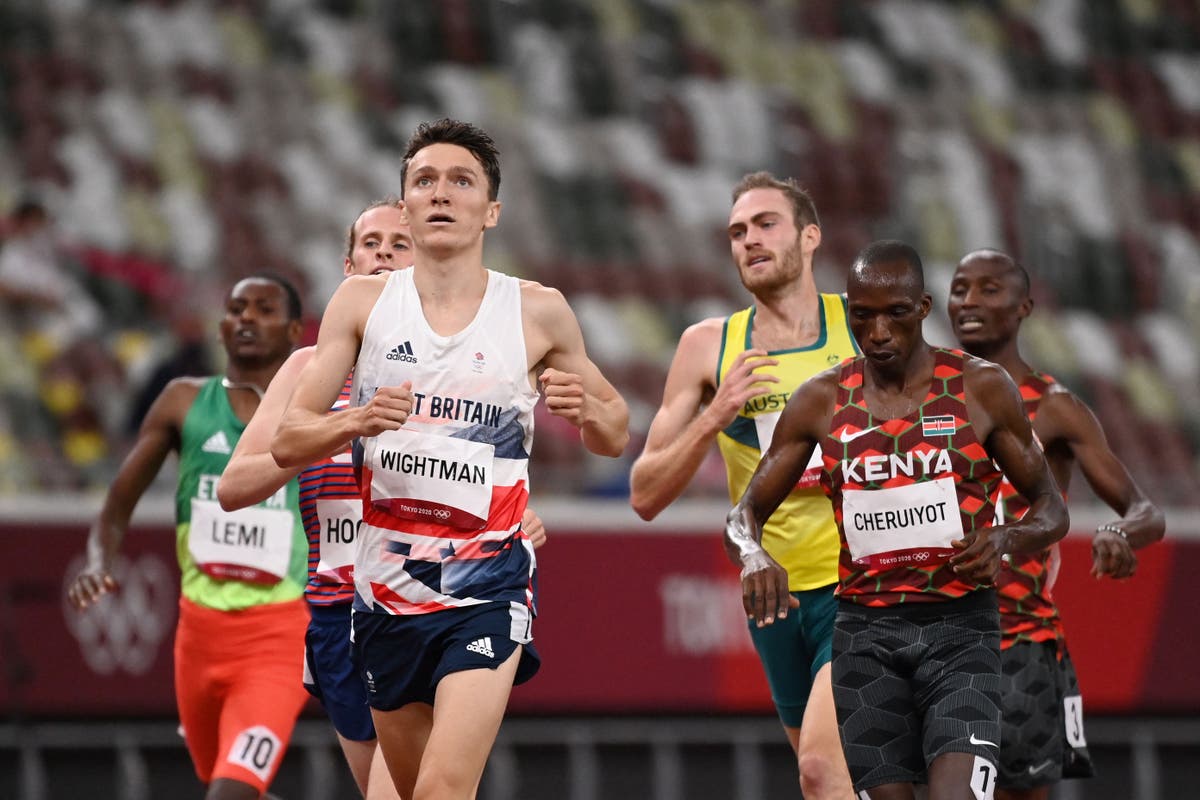 Jake Wightman, Josh Kerr and Jake Heyward all advance to 1,5... 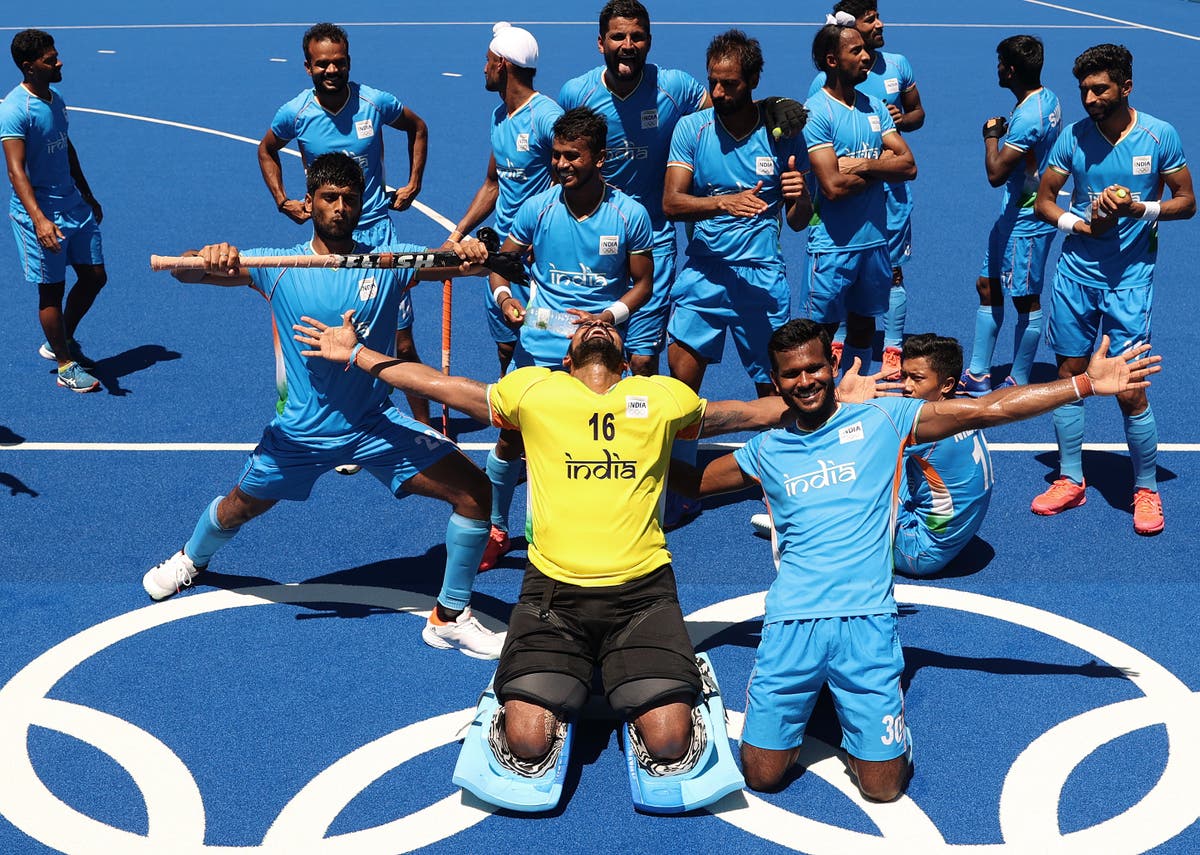