June 11, 2021 -- The piercing sound was so loud that night it awoke the official assigned to the U.S. embassy in Cuba who was trying to sleep at home in Havana.

The civil servant felt intense pressure to the face after the stabbing noise. Pain, nausea, and dizziness followed.

When the mysterious commotion in the dark of night stopped, the symptoms didn't go away and the dizziness and trouble concentrating lingered, making it harder to continue working at the embassy.

What exactly happened that night in Havana in 2016 is not known, but the same thing started occurring to other embassy staffers and U.S. intelligence officers in Havana and elsewhere, according to a report in the National Academies of Sciences, Engineering and Health.

The symptoms weren't always the same, but typically started with a sudden onset of pain and pressure in the head and ears. Some people reported hearing a loud noise like in that case in Havana, followed by nausea and dizziness, confusion, and disorientation. It usually happened in people's homes, and some say it altered the way they could move their bodies afterward.

The next year, it happened again, this time at the U.S. consulate in Guangzhou, China. And in Russia and other unnamed countries in Europe and the Middle East, diplomats and intelligence and military personnel, and sometimes their family members, have reported similar experiences. More than 130 people have been affected, including a couple of officials on U.S. soil, and many report lingering health effects to the point that some are unable to work.

The cases are sometimes collectively referred to as "Havana syndrome." But Mark Zaid, a lawyer in Washington, DC, who represents several of those affected, says that is a misnomer because incidents like these had been going on long before the public became aware of the cluster of cases in Havana. One of his clients, a former National Security Agency employee named Michael Beck, was affected while working in a classified hostile country back in 1996.

Beck and a colleague both went on to develop a rare form of Parkinson's disease that Beck attributed to an attack. "It started long before Havana," Zaid says. "It was just those incidents that brought it to light."

Many explanations for these incidents have been put forward. A reaction to a pesticide, a deliberate poisoning, an attack with a sonic or microwave weapon or covert spying device.

James Giordano, PhD, a professor of neurology at Georgetown University and senior fellow in biosecurity, technology, and ethics at the U.S. Naval War College, has consulted for the government on the syndrome and has access to data and medical records from the attending doctors in Havana. He was asked to help explain the illness and what might have caused it.

But pinning down a clear diagnosis has been difficult, he acknowledged, because there have been so many different symptoms and some of them are subjective and difficult to measure.

However, the overall "constellation of effects," Giordano says, is consistent with what is often seen in head injuries, even though none of the people reported a blow to the head or any related pre-existing conditions.

Brain scans of the employees compared with healthy individuals showed some differences, but without pre-injury tests, doctors weren't sure what, if any, effects these variances in the amount of grey and white matter in the brain, tissue structure, and connectivity could be having.

Giordano dismissed the possibility that the effects were due to either accidental or deliberate exposure to a toxic chemical, pesticide, or drug. No traces of any such agent were ever found in the homes or bodies of those affected. Instead, he thinks the most likely cause was some kind of mechanical device emitting ultrasonic or microwave energy. "This is the primary possibility with high probability," he says.

A report by the National Academies of Sciences, Engineering and Medicine came to the same conclusion: Directed pulsed, radiofrequency energy is "the most plausible" explanation.

Giordano says exposure could potentially create bubbling in the fluid inside a person's ear, and those tiny bubbles could cascade through the blood to the brain, causing damage similar to the decompression sickness some scuba divers experience.

But damage like that could only be confirmed by an autopsy, Giordano points out, and all of the people afflicted are still alive. Microwave energy could also penetrate the skull and disrupt the electrical and chemical activity in the brain. "That would essentially 'rewire' the brain," he says. "It could lead to a variety of disruptive changes that could be profound and durable."

There has been a lot of research on the potential of directed energy weapons by national governments and intelligence agencies around the world. A U.S. company made a prototype of this kind of weapon for the Marine Corps back in 2004 that they called MEDUSA (Mob Excess Deterrent Using Silent Audio).

The weapon was intended for crowd control and to keep people out of protected areas by using the microwave auditory effect to cause discomfort or temporarily incapacitate.

The prototype of the U.S. MEDUSA weapon was intended to have "a low probability" of permanent injury or death, and it is not known whether that research ever advanced further.

Zaid has copies of slides that he says show that the CIA was looking into the technology as far back as the 1960s and 1970s. Zaid says he also has a copy of a National Security Agency memo from 2014 that confirms the agency has intelligence linking the unnamed hostile country to which his client Michael Beck travelled in the 1990s with "a high-powered microwave weapon system that may have the ability to weaken, intimidate, or kill an enemy over time without leaving evidence."

Giordano says he has seen intelligence that suggests that microwave energy research has advanced to the point where it is likely that such weapons exist. "The progress in the field was such that this device clearly became operational and represents a clear and present risk, if not threat," he says.

But Robert Baloh, MD, a neurologist at UCLA, says the cases in Havana and the subsequent reports of other incidents around the world could have another, less sinister explanation and could represent more of a psychological than physical illness.

Outbreaks like this are a well-known phenomenon, Baloh says, and the cluster that began in Havana fits the pattern. They tend to occur in groups of people with a connection that typically begins with a respected person in that group. Stress is often a trigger, and then as word spreads, in this case by the government warning employees to be on the lookout for strange sounds or experiences, the symptoms start cropping up more and more. "People believe something and it becomes fact," he says. "The human brain is so susceptible to this."

The diversity of symptoms also suggests a psychological rather than physical cause, Baloh says. "It's not really a distinct syndrome, there's no highly reproducible symptom pattern," he says. "The symptoms seem to be unrelated to each other and can come on at different times. And the early reports about hearing a noise are now fading into the background."

But it is important to realize, Baloh emphasizes, that psychosomatic symptoms are just as real as physical ones. "These people are not malingering, they're not weak, they're not making it up," he says.

It is a real phenomenon that involves real changes in brain activity, just not ones that will show up on an MRI, and the same neural pathways are affected as with physical damage. The effects can continue for a long time after the trigger is gone.

But Baloh says people can recover completely. The most important thing, he adds, is not to reinforce the idea that they have suffered irreversible brain damage. The process is often slow and can be hard work, but in some cases the reversal can be dramatic.

The Road to Recovery

Giordano and Zaid both agree that there is a big psychological component to the phenomenon, especially in the years since the cases in Havana came to light. Each of them gets multiple calls or emails every week from people who think they might have been targeted by the same kind of attack. Most have no plausible connection to any suspected threats. And Giordano has referred only two such cases for further study.

But he remains convinced that at least the first two dozen cases in Havana that he helped investigate are the result of a genuine attack.

Regardless of what the intelligence community knows, or suspects, American public servants have had their careers cut short, and years of experience and expertise have been lost to the community. In some cases, their families have experienced symptoms, too, and they are left wondering if they will ever know what really happened.

On Monday, the Senate unanimously passed legislation to support "public servants who have incurred brain injuries from likely directed energy attacks." The Helping American Victims Afflicted by Neurological Attacks (HAVANA) Act will offer financial support to those injured while investigations are ongoing.

WHO Calls for Pause on Booster Doses

Will the Delta Variant Peak and Then Burn Out? 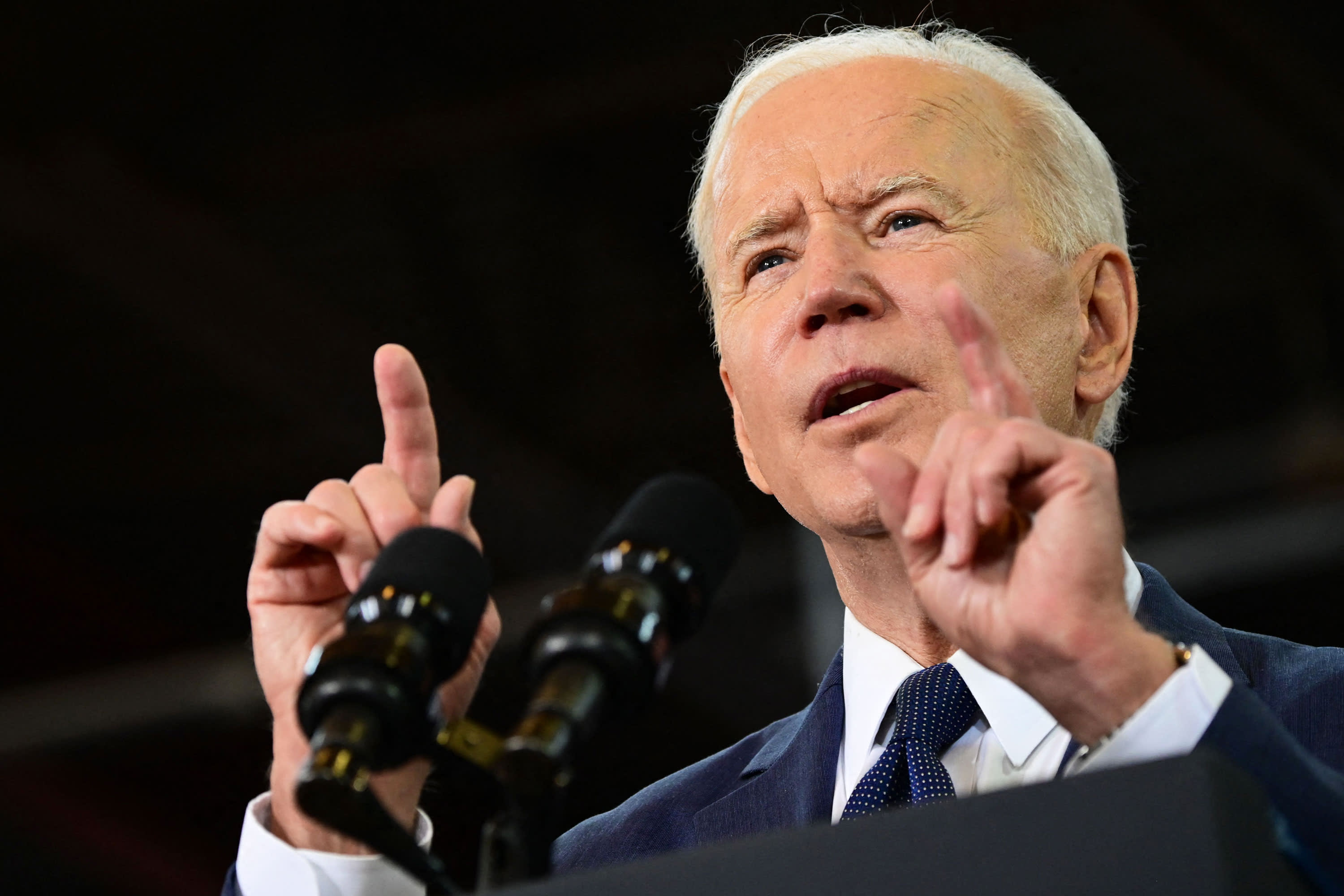