No results matched your search 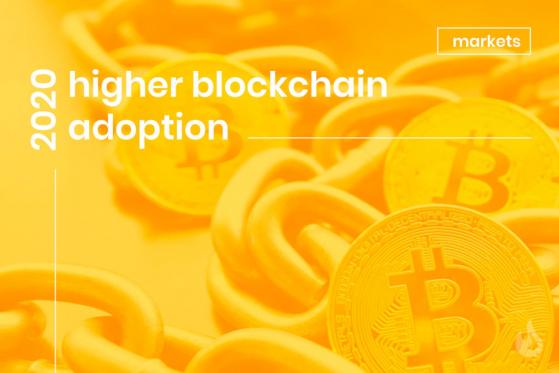 The hype surrounding blockchain technology reached a peak in 2018. The number of crypto millionaires surged as regular folk with FOMO had hopes of hitting the crypto lottery and cashing in on the investment. Although the technology has existed since 2009, it is only in the past three years that blockchain has become attractive for many businesses and institutions.

2020 was a year of turmoil because of the COVID pandemic. We have all become more dependent on digital technologies, causing both concerns and opportunities for companies and governments to integrate blockchain. Blockchain, in its essence, regardless of its infrastructures, is advantageous in the digital landscape as it generates an additional security layer.

The Digital Transformation Of 2019

Digitalization has been a priority for companies in recent years; since 2019, more than 80% of global corporations have been investing in increasing their digital footprint. Companies have been aiming to create a robust ecosystem that is safe-proof and provides a heightened level of security.

Blockchain promised a great deal of change in 2017, aiming to integrate new technologies into everyday life. While advancements were taking place in developing highly functional blockchains, the timing wasn’t quite right. Blockchain in the initial stages could be considered a beta process. Most of the ICOs that occurred in the early adoption phase were in the project state, without having a functional product. Also, 80% of the total ICO projects failed, and as Tarek Madany highlighted, most of the projects haven’t been launched.

Before 2020, blockchain produced resentment, as well as hope. It was hard to understand and implement for mass usage. Still, Gen Z and millennials’ digital nativeness pushed blockchain out of its niche into more familiar territory. Businesses thus need to adopt new technologies to cater to the younger generations’ demands; this includes the implementation of blockchain to secure financial transactions and users’ digital identity, which is becoming increasingly important.

The Pandemic Has Accelerated Blockchain Adoption

The pandemic has paved the way for the accelerated adoption of blockchain technology, and its use cases go beyond decentralization and payments. For example, Hedera Hashgraph has partnered with UK hospitals to create a tamper-proof record that tracks vaccine temperatures.

Storing important information that cannot be tampered with is crucial. Blockchain facilitates a secure network to track and trace supply chain management. Hospitals have implemented it to ensure the origins and quality of the products delivered. Additionally, blockchain creates a secure record and implements contact tracing while not hindering users’ privacy and exposing it to bad actors.

As companies rely more on doing business online, they require more accurate tracking of their records. With human resources lacking during the pandemic and even after, blockchain serves to address these issues as it guarantees data will be error-proof.

Blockchain was always a solution that most businesses disregarded due to the stigma surrounding the technology. However, as the technology becomes easily accessible and the advantages overcome the obstacles, adoption will grow into smaller businesses and everyday uses.

Is Blockchain Ready To Be Scaled?

The overarching themes surrounding the lack of adoption are scalability issues and limitations in cross-platform interoperability. experienced this first hand in 2018 with CryptoKitties. The second most popular network is also facing scrutiny due to the high fees associated with the emergence of DeFi and NFTs.

Blockchain adoption at a mass scale can only occur by 2023, according to Tarek Madany. Despite its overall use cases, blockchain is still immature and needs more time to develop and be accepted across society.

Ehtereum and larger blockchains are already working on making the technology more reliable, sustainable, and easy to integrate into everyday interactions. Some tech commentators have argued that a plug-in methodology will increase adoption further into mass usage.

Did The Blockchain Revolution Take Place?

It’s hard to answer such questions, but the short answer is yes, and kind of no. Institutions and governments alike have already implemented blockchain technology in some cases. Enterprises such as IBM (NYSE:) and Google (NASDAQ:) are creating private blockchain networks to facilitate faster and more secure transactions.

Businesses such as Tesla (NASDAQ:) or PayPal invest in Bitcoin as a store of value, reinforcing the cryptocurrency’s status. Simultaneously, projects such as Theta increase DSN network speed through blockchain and offer solutions for Netflix (NASDAQ:) or YouTube.

Although it’s not as decentralized as Satoshi Nakamoto or privacy devotees might have hoped, the revolution is happening as we speak. It’s developing in a hybrid way to meet the governments’ demands and regulations halfway, but it is taking place before our eyes.

Ledger and Shopify (NYSE:SHOP) have been hit by a class-action lawsuit over a major data breach that saw the personal data of 270,000 hard wallet customers stolen between April and...

Cryptocurrencies have always been controversial. Some people argue about whether they should be valuable. Others debate their morality and how they’re excellent for...

Disclaimer: Fusion Media would like to remind you that the data contained in this website is not necessarily real-time nor accurate. All CFDs (stocks, indexes, futures) and Forex prices are not provided by exchanges but rather by market makers, and so prices may not be accurate and may differ from the actual market price, meaning prices are indicative and not appropriate for trading purposes. Therefore Fusion Media doesn`t bear any responsibility for any trading losses you might incur as a result of using this data.

Fusion Media or anyone involved with Fusion Media will not accept any liability for loss or damage as a result of reliance on the information including data, quotes, charts and buy/sell signals contained within this website. Please be fully informed regarding the risks and costs associated with trading the financial markets, it is one of the riskiest investment forms possible.